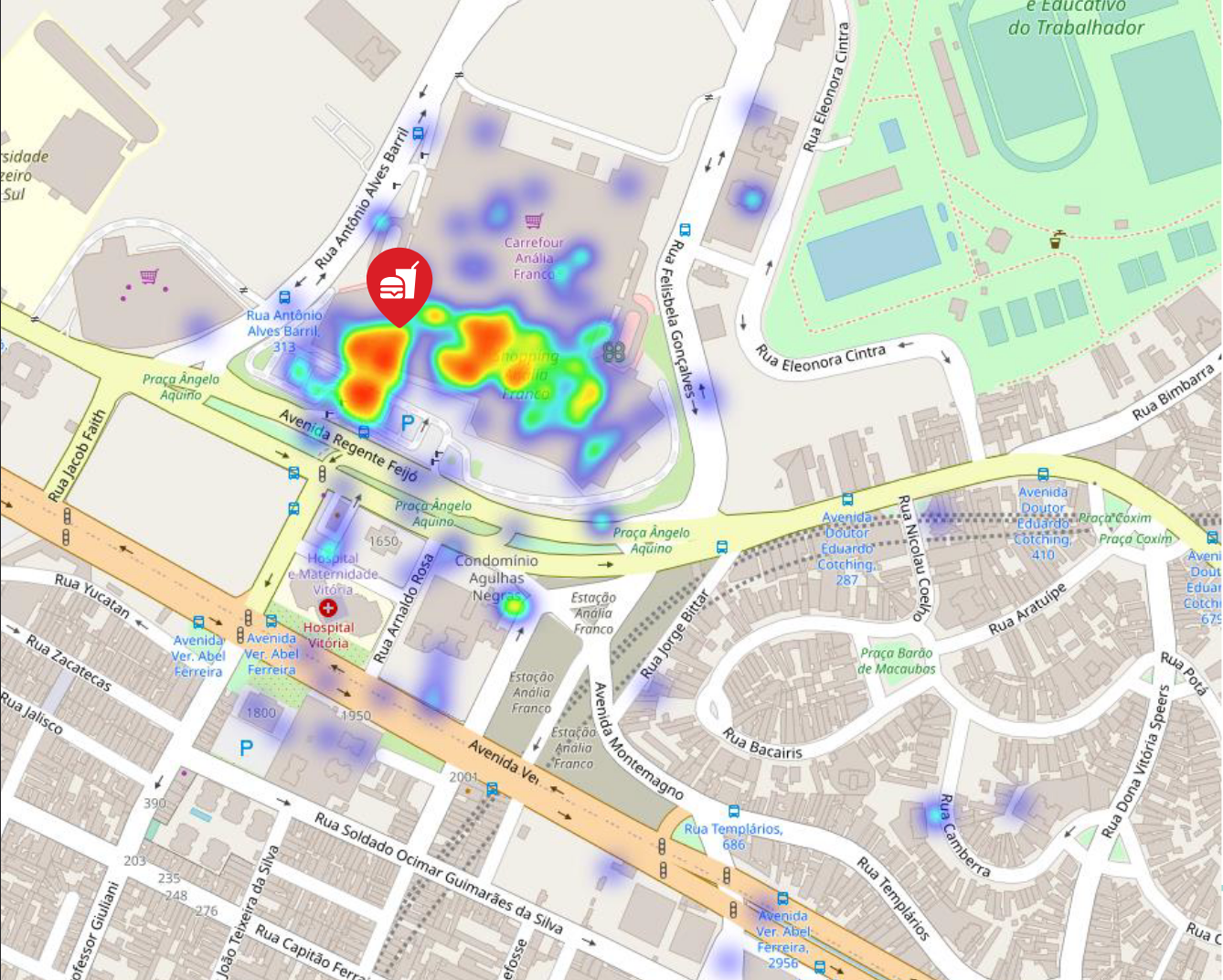 A shopping mall is launching a promotion in their app, giving customer's a coupon for a very popular restaurant. Users are being advertised about this new promotion through push notifications in their app, billboards inside the shopping mall and also billboards on the streets nearby. But which of them is the bigger driver of traffic for the coupon usage? And are the physical billboards working to let customers know about this new promotion, or should we place it in another location where more people will see it?

A good way to visualize this information is with a heatmap. For everyone who chose to share their location with the app, we have their latitude and longitude for the moment where they saw the coupon, and also for the moment they redeemed. This allows us to create two types of heatmap, one where we see a full picture of the campaign period, and also a day by day (or hour by hour) evolution of users' interaction with the coupon on the app. We can also see how many users redeemed the coupon off-site and if they redeemed and used it in the same day or the next day, for example.

The heatmap allows us to see the places that have a higher concentration of users and see that the ads placed in the middle of the shop are a big driver of traffic and also that the ad on a street nearby is also driving people to the app, however on the northwest entrance of the shopping mall where there is also an ad, with very few people engaging with it, leaving room to improve where we place these types of ads in the future.

With the anonymized user ids and their latitude and longitude coordinates for the view and redeem event, it is trivial to create Heatmaps and the Heatmaps with the time layers in Python using the Folium Leaflet library to see both a picture of user engagement during the whole campaign, but also how it evolved over the days of the promotion.

You can also read more about this analysis in Earnings Release 2Q21 (page 20) at https://ri.multiplan.com.br/en/analysis-tools/results-center/ 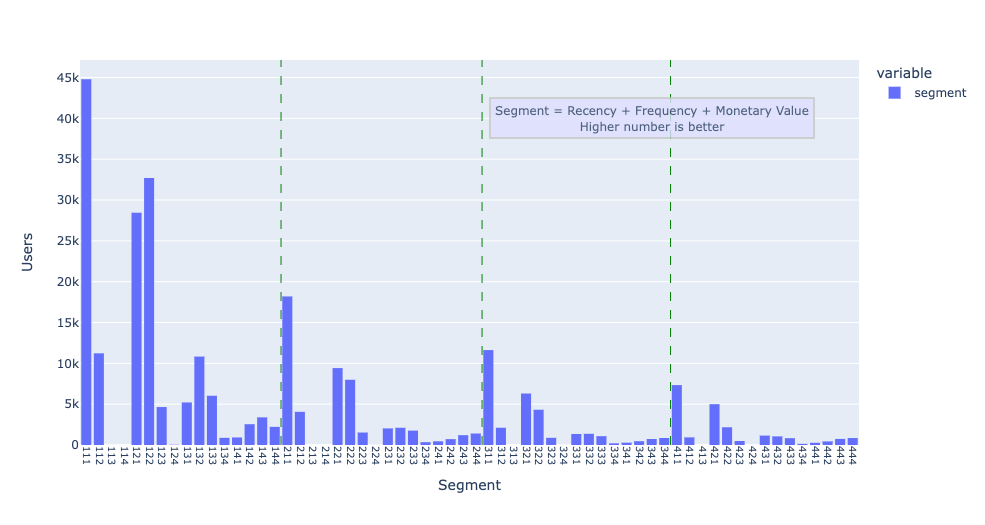 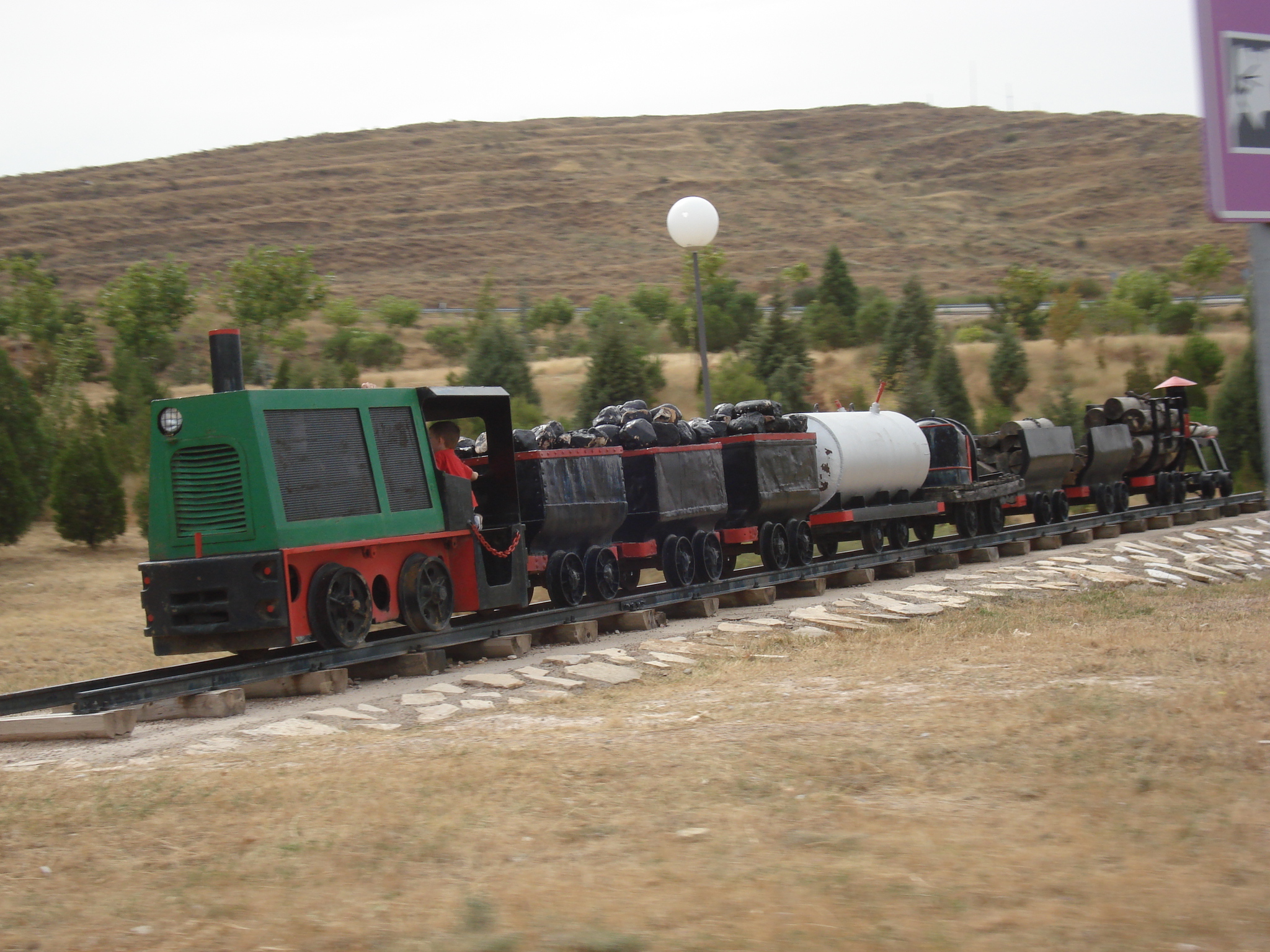 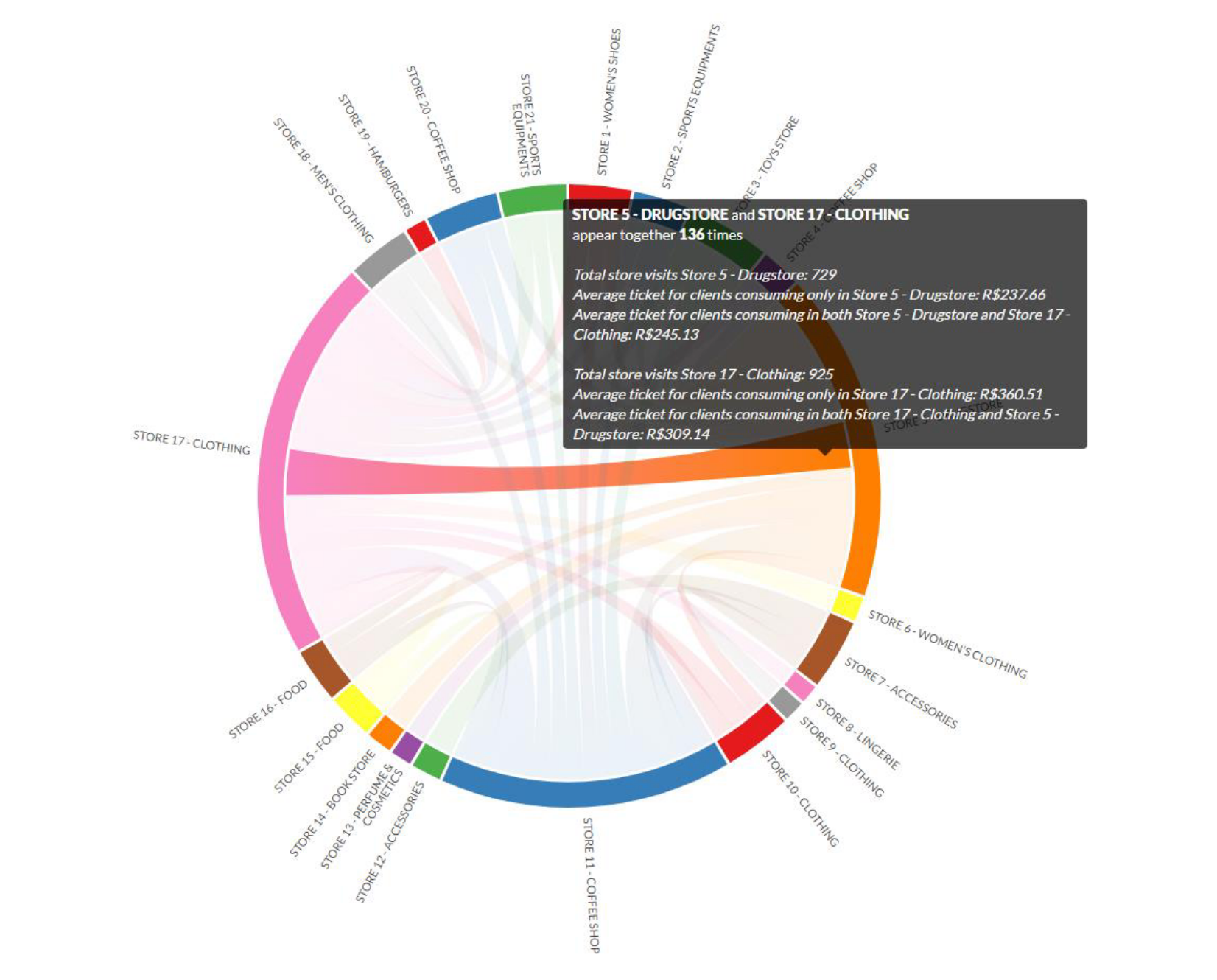